Prenzlauer Berg is an international, young, bohemian ,trendy, favoured both by Berliners and foreigners, neighbourhood belonging to the larger more conservative and more local Pankow district. The main arteries are very lively and offer a wide choice of restaurants, cafes and bars which offer entertainment both at night and during the week ends. And so does the Kultur Brauerei, centrally located in the neighbourhood, and one of Berlin’s more popular spots for cultural events. 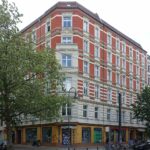 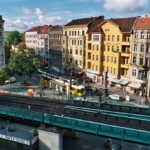 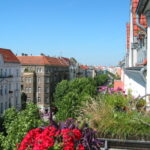 Prenzlauer Berg’s population is mostly comprised of young families, artists and students. It is, famously, the only neighbourhood in Berlin, and one of the few in Germany, that has experienced a baby boom since the 1990.

It will not come as a surprise then that Prenzlauer Berg might be one of the most, if not the most child friendly, neighbourhoods in Berlin. Its tree lined quiet residential streets are home to several trendy children shops, children friendly cafes and restaurants. There is also a large choice of child friendly co-working spaces and a wide variety of spaces offering child artistic activities.

Prenzlauer Berg is also one of the few neighbourhoods in Berlin to have retained much of its pre-war architecture. Multiple bedrooms apartments can be found both on the lively large commercial streets, better suited for students sharing an apartment and couples or on more quiet residential pockets scattered around the neighbourhood more suited for families. Residential areas are quiet, green and offer a large choice of playgrounds for young and older children. Both Prenzlauer Berg residential and commercial streets are lined with buildings from the early 19th century, the vast majority of which have been renovated. New real estate developments are also available, though less frequently here than in other Berlin areas.

Prenzlauer Berg popularity, high quality of living and proximity to the city centre make it a very sought after neighbourhood and its real estate prices are relatively high when compared to the rest of the city.

Its popularity with young families with children also makes Prenzlauer Berg a fairly competitive place for Kindergarden seats. There are no International school in the neighbourhood, but both Mitte and the rest of Pankow are easily accessible both by public transportation or by bike. Prenzlauer Berg is also very well connected by tram and U-bahn, both Mitte and Pankow and from there to the rest of the city.

The district is devided by a couple of big connection roads seperating the neighborhoods, each with its unique character. Between Torstrasse and Danziger Strasse lies the trendy Kollwitzkiez and the Winsviertel, adjoining the district Mitte and thus most centrally located. The Kollwitzplatz right in the middle is probably one of the hippest and most-talked about neighborhoods of Berlin. Benefiting from the popularity of these two neighborhoods is the now up-and-coming quarter around the Helmholtzplatz, north of Danziger Starsse. A natural border to the less lively areas are the train lines further out north. Here, the neighborhood is very residential and on the top north corner you have a big garden colony. 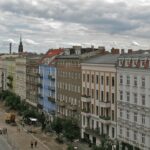 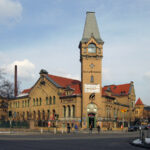 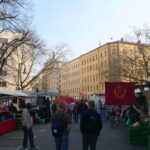 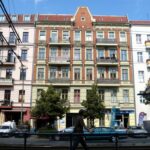 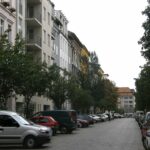 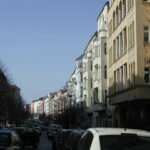 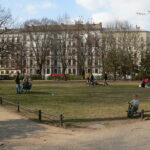