Keep walking down the Frankfurt city center, and you will eventually find yourself in Bornheim. Snuggled against the Eastern border of the downtown, this dwarven district of only 2.8 qkm (just about a square mile) is the opposite of the high-riser skyline most associate with the city. Gazing down the sloping little park area Bornheimer Hang, you’ll find yourself looking at a mix of 20th century apartment buildings and the remains of a medieval town. So Bornheim is ideal for expatriates who’d like to stick close to both history and the business district. 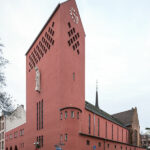 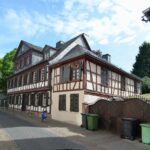 Among Frankfurt natives, Bornheim carries the nickname “das lustige Dorf” – “the funny village” – due to its somewhat sordid history as the region’s provider of cider pubs, town dances, and, well, dames of easy virtue. Those features have all fallen prey to gentrification by now, though. What’s left is a scattering of traditional pubs and inns servicing local gastronomic specialties, some of them catering to locals, others frequented by tourists. Bornheim is also home of the “Interkulturelle Bühne,” a locale of intercultural events, theater, art galleries, and revue. Somehow, it mysteriously also fits the stadium of one of three professional soccer clubs, the FSV Frankfurt, which could hold more than a third of the admittedly small district population of 30,000; the stadium of the number one team, Eintracht Frankfurt, is located in walking distance of the district. Expatriates who like hockey might appreciate hearing that Bornheim is the home of Frankfurt’s ice hockey team, the Löwen Frankfurt. The Löwen are not currently a professional team but have a professional history, which comes with a premiere league ice brink. The “Eissporthalle” is open to the public for ice skating. Children can join clubs to learn hockey, figure skating, and even curling.

Between soccer fans, tourists, the annual “Dippemess” fair, and the fresh food market that can be found on the town square every Wednesday, Bornheim is not a quiet place. It is also an extremely popular living space, so city officials are currently in the process of initiating the construction of various apartment buildings, targeting the upper-middle class. Still, the district has the flair of a little urban island, especially for such expatriates who are used to rush of big city life.

Bornheim has various beautiful old churches, one of which hosts the oldest Protestant Christian church choir of Frankfurt. There are no multilingual educational facilities for children in the district. However, living at the heart of Frankfurt, an expatriate’s child will easily be able to reach schools in neighboring districts to take classes in English, French, or Japanese.

Bornheim apartments come up at EUR 15/qm for rent and EUR 4.800/qm for sale. Though look into renting a house – it tends to be cheaper in this district! In exchange for the price, you will be as close to the city center as can be. The downtown traffic hub can be reached quite easily by various subway and tramway connections. Or you can just cover those 2km – a little over a mile – by foot. 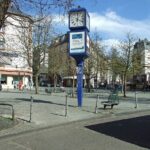 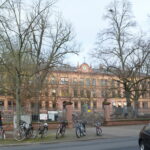 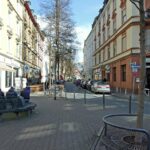 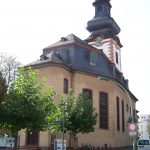 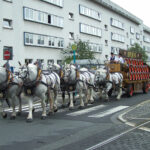 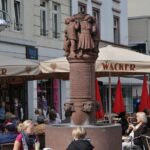 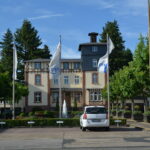 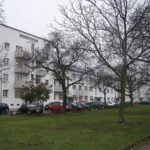 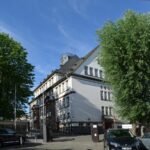