Gallus is the district surrounding the main railway station. It unites industrial and commercial quarters with residential areas. In recent years, it has become a focus of great interest for apartment hunters because of its new quarter Europaviertel, where you will find the newest, most modern apartments in all of Frankfurt. 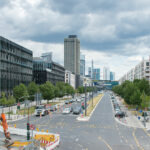 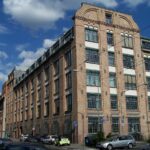 Frankfurt has always been a traffic hub – long before the airport was even conceived. During the industrialization, its great train connections attracted those businesses who relayed on material transports. They opened shop in the Gallus area: located between the central railway station – the biggest in all of Germany to this day – and the large central freight depot. Some of those original businesses are even still there today, such as the Bremsefabrik Alfred Teves, which builds trains, and the Adlerwerke, who morphed from an engineering company into a real estate enterprise over time. Some left – the entirety of Frankfurt’s car dealers moved closer to the highways. And many of the new ones moved into the skyscrapers of the district.

It stands to reason that the Gallus’ residential areas originally were built for the industrial workers. Sadly, they still have the typical uniform look of such settlements, and unfortunately, there are some streets known as social or criminal hotspots. So, expatriates with children should have a good look at the immediate neighborhood when touring houses. You’d want to find yourself in one of the beautiful spots and close to the cultural institutions that are also hidden in the district. The Gallus Theater, for example, has an absolutely charming and very popular repertoire for children.

Renting in this area is also particularly cheap – at EUR 13.5/qm, while the average real estate price is high (EUR 7600/qm) because of its commercial values. Needless to say, public transport and autobahn connections are nothing expatriates have to worry about in this district.

Clamped between the tracks of the two big train stations, the Gallus’ structural development was stunted for a long time. However, this changed abruptly in 1996. In the throes of the privatization of the trains, the freight depot was permanently closed. It was decided to build an entire new city quarter on its grounds. It was to provide work places for 30,000 people and create homes for up to 10,000, and it was to feature everything a resident might hope and wish for in their neighborhood: shopping opportunities, recreational areas and facilities, parks, and a school. Plus, there would be office spaces and hotels. The first high-risers are already open, and the rest will be finished by 2019. If the apartments finished so far are anything to go by, these new living spaces will be just amazing. Constructed with the latest in modern technology, they would be wonderful places for expatriates who want to start fresh in every way. 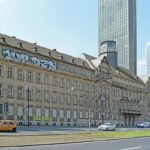 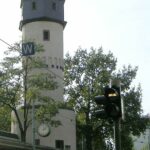 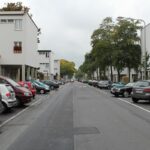 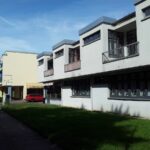 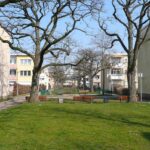 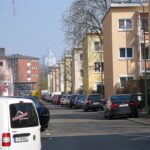 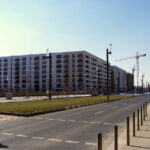 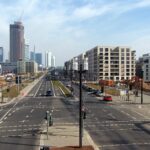 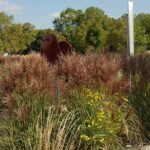 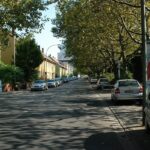