Located between the inner-city districts and the outer limit suburbs, Griesheim is a great place for expatriates who want to get away from city life without abandoning it entirely.

It combines the best of both worlds: The Mainzer Landstraße and the S-Bahn enable you to quickly reach the Frankfurt downtown (eight minutes to the downtown hub Hauptwache by S-Bahn), but you also won’t be far from fields growing wheat and canola. Its biggest advantage is the cost of living. Rent is considerably below city average (EUR 11/qm compared to Frankfurt’s EUR 14.4/qm); real estate can also be bought cheaply at an average of EUR 3.500/qm, which is half than what you’d pay in the “moderately priced” inner-city district Ostend. So Griesheim is one of the most affordable districts in Frankfurt. 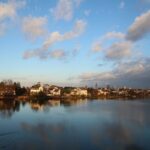 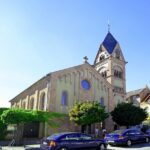 Griesheim has only been a part of the city since 1928. A town of its own right originally, it used to provide one of the most important foot fairies across the river Main; this and its industry quarter specialized on car construction drew in its population of now 27,000. Nowadays, the industry focus has shifted to trains; the local train provider VIAS as well as the big Deutsche Bahn keep important depots and maintenance units there.

Expatriates who want their children to attend international schools will have to send them to one of the schools provided in the Frankfurt city center; groups of young students chattering away in English are quite the common sight in the S-Bahn. Griesheim does have one bilingual Kita though, the ESOC Childcare Center. While it used to be known as a difficult living area nicknamed “Frankfurt Bronx” in the 1990’s, it has since grown into a family friendly area with a particularly diverse supply of sports and culture clubs, playgrounds, active Christian communities as well as a mosque, and the annual festivity Mainuferfest.

As mentioned above, Griesheim has excellent traffic connections. The Griesheim S-Bahn station connects the district not just with the Frankfurt central station and the downtown, but also with the cities Wiesbaden and Limburg. Limburg and the small towns scattered along the Frankfurt-Limburg railway have some of the most beautiful medieval downtown areas in Germany. Limburg-Weilburg, Idstein and Eppstein each have a castle that could as well have been taken from a Disney movie. The Limburg castle can be toured; the Eppstein castle ruins provides the grounds for an annual outdoor theater festival. Idstein’s renaissance-style castle houses one of Hesse’s three best high schools, but the premises are repurposed for a popular renaissance faire for one weekend every other year. As those places are located in the rural low mountain range Taunus, Griesheim is of particular interest to expatriates who love nature, hiking, or horse riding.

When you go searching for more information about Frankfurt-Griesheim on the Internet, be sure to not confuse it with the town of the same name located in Southern Hesse, close to Darmstadt. 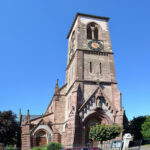 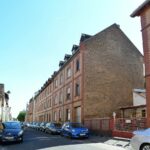 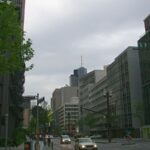 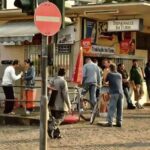 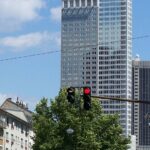 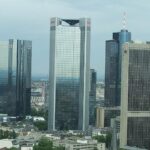 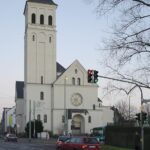 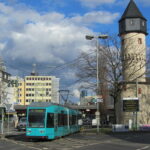