Frankfurt Hausen does remind of a typical American or Canadian suburb.

Family homes, neighbors from all over the world, a Christian church for English speakers - that is Frankfurt Hausen. If those words made you listen up, you need to give the oft-overlooked district Hausen a chance.

Up until the end of the Cold War, a greater part of Hausen’s small population consisted of American soldiers; one of Frankfurt’s army bases was located there. The army abandoned it in 1995. It left behind numerous empty apartment buildings on top of an economy specialized on international customers. Consequently, Hausen was soon hit by a large wave of new, international citizens. Today, it is known to be the most cosmopolitan residential area of Frankfurt.

Rows of apartment buildings hardly provide a very exciting view. So it is fortunate that only a third of Hausen’s 9000 inhabitants live in apartments. The other two third can still be found in houses. More than that, what visitors remember the most about Hausen isn’t the buildings. It is the lush amount of green spaces in the district. It has a park – the Volkspark Niddatal – that winds along the creek Nidda. This is the second largest park in Frankfurt. Other important landmarks are Hausen’s two public swimming facilities and the “Brotfabrik,” the historical site of Frankfurt’s very first bread factory. Now, the factory building serves as an important cultural center of the district. Even the smallest German town houses a sports club, and Hausen is no exception. The TuS Hausen offers a broad array of activities, including groups for children and senior citizens. The FV 1920 is a soccer club with teams for all age groups starting at age six. Furthermore, there is a fishing club.

In comparison with the other districts, Hausen ranges squarely in the middle of renting and real estate prices. The average cost per square meter is currently at €12,46 for a tenant and at 5.593,91 € for a buyer –ever so slightly above the city’s average. As for the crime rate, Hausen has never been in the spotlight for any particular criminal activity. Young women feel quite safe walking home alone at night.

There is a distance of 4.5 kilometers (2.8 miles) between Hausen and the Frankfurt downtown, which is right next to the banking district. So athletic business people have been known to ride to work on a bike. If that is not for you, there are two subway connections (the lines U6 and the U7) available, as well as various bus lines. Public transport can carry you to the subway station Hauptwache, the big traffic hub in the downtown, within less than ten minutes. Driving into town by car is not recommended; the streets tend to clog up during rush hour and downtown parking is bad. Still, Hausen is well-connected to a number of expressways, so if you want to do anything else, you’re all set.

Hausen is home to only one international school, the Japanese International School Frankfurt. Obviously, it offers classes in Japanese. Both a French school (the Lycee Victor Hugo) and an English language school (the Metropolitan School Frankfurt) are located one district over, in Rödelheim. The Metropolitan even features a kindergarten and teaches all grades up to high school.

If you go looking for further information about Hausen, be careful that you don’t confuse it with the many other towns that have the same of even similar names! Some of them are even very close buy. Be sure that you are really looking at Frankfurt-Hausen. 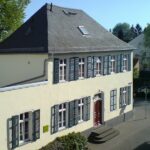 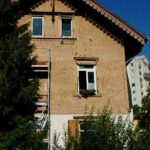 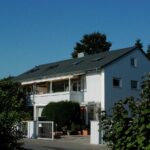 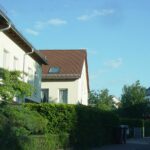 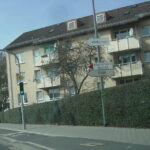 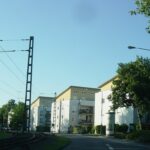