Billstedt is comprised of Schiffbek, Öjendorf and Kirchsteinbek. Whilst the first two areas are basically quiet, residential area with single and two-familiy houses with gardens, Kirchsteinbek is rather mixed. Kirchsteinbek's center around the Steinbeker Markt, a neatly redone pedestrian area with townhouses from the Wilhelminian era. The former mill's pond offering a nice view especially from it's Southern banks. Wouldn't there be the settlement "Sonnenland" with its boring multi-storey apartment blocks it could be anywhere in the popular Hamburg West or North. But it is a direct neighbor of Mümmelmannsberg, and that area does not have a good reputation.

Residents living in Billstedt usually don't boast the fact. They rather say that they live in Schiffbek, Öjendorf, or Kirchsteinbek which are parts of the district. Clichés strongly stick to the district, such as social problems, high criminality, high percentages of foreigners and unemployment, and a architectural structure being dominated by multi-storey apartment blocks poorly maintained.

Most of it is actually true: 22,9% (average 13,6%) of the residents are not German and nearly 50% (average 29,6%) have a migration background. Unemployment is at 9,8% (average 6,1%). Criminality is just slightly above average. Average taxable income is a good 10.000 EUR less then average and 24,1% (average 11%) live on social welfare. Billstedt has around 70.000 residents, a high part thereof in, mostly multi-storey, social housing, apartment blocks with 8 floors and more. The above problematic figures origin in these areas, the most known being the quarter Mümmelmannsberg in the Eastern corner of the district and the settlement "Sonnenland" in Kirchsteinbek.

Apart from minor facilities for shopping exist in Kirchsteinbek and in the settlements themselves, but most of it are in Schiffbek in and around the Billstedt Center. There are a few restaurants with offers tailored to the low income, but as we all know, sometimes these are quiet good. 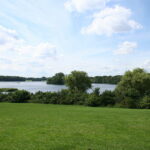 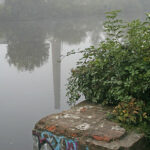 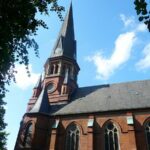