Kirchwerder is the biggest district of the Vierlande and lies between the river Elbe and Gose Elbe. The name originally came from the name church (Kirch) and island (Werder). In 1771 the land was heavily flooded as the dikes broke. Water masses kept on drowning the fields for months and the sands from the Elbe made them unusable to grow corn. Only the cherries could be harvested with the help of boats. Over the time, Kirchwerder’s farmers became the poorest of the Vierlande. However, they started to grow vegetables instead and became very successful. Nowadays the focus lies on the strawberry and on flowers. The old times have their reminiscence in the old houses on top and behind the main dikes alongside the Elbe and Gose Elbe. There are only very few apartment blocks and most residents live in spacious single- or two-family houses.

A village center grew around the church St. Severin which is a beautiful treasure from the middle age. A famous story tells that in 1319 the farmer’s stroked their pastor and therefore got banned from the pope. The cemetery is also worth a visit with its 90 big tomb slabs from the 16th to 19th century. These tomb slabs were quite usual in the Vierlande but only few of these astonishing 2,30 meter high and 1,50 meter wide stones can be seen nowadays as most of them were recollected by the relatives and used for rather mundane purposes like affixing walkways or basements of houses. The most beautiful house is the Hof Eggers at Mühlendamm 5. It has the oldest granary, built in 1535. It is a museum but also still has a functioning organic farming business. The many visitors are entertained in a small café with the products of the farm. Another popular spot is the Zollenspieker Fährhaus wich opens its doors for dinner guests as well as overnight guests. It is beautifully located at the river Elbe banks and has enough space to host big weddings. Here, the another village center grow because of the historical meaning as border crossing between Hamburg and Niedersachsen. A nice spot to visit on each last Sunday of the month is the Riepenburger mill wich is then demonstrating how it worked in ancient times. There are few other restaurants, crowded on weekends, when motor cyclists enjoy the curved beautiful roads.

Residents engage very much in church and clubs, be it in choirs or clubs with historical background or just the sports club. There are a lot of festivals throughout the year which are mainly prepared by volunteers. Kirchwerde is number 15 on the list of most wealthy districts, the average income is 33.000 EUR and unemployment is only 2,2%. It is also a very family-frienldy districtalthough not listed among the top 10. The reason is basically that the population is in itself not massive. Around 520 children are taken care of in 10 kindergardens, 3 primary schools and one secondary school. Criminality is next to non-existing and there are not many dangers a child might be confronted with. All-in-all the district is a very quiet, rural one with the advantage of offering some touristical highlights of which the locals benefit just liekwise. 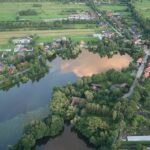 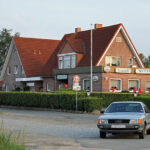 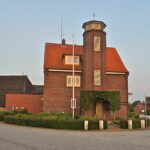 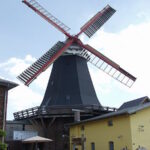 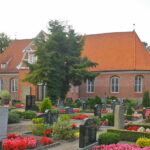 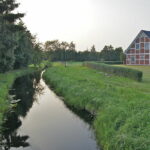