Neuenfelde is known for the Sietas yard and its apple plantations. Like Cranz and Francop it already belongs to the "Alte Land". The population is rather small with app. 4.400 residents and concentrated on a few streets running along the dikes. These are the Nincoper Straße, becoming the Francoper Straße East of the village Neuenfelde, the Marschkamper Deich, and Hasselwerder Strasse. In addition to these areas ther is a settlement in the West of the suburb with apartment blocks and terassed houses. One part of this settlement has been built in 1922 for harbor workers and is located around the Seehofweg. In 1955 the area got further developed with the streets Am Liebenkummer Bogen.

There are many really beautiful ancient farmers' houses with wooden frames and reet-covered roofs. The St. Pankratius church is a popular and charming wedding church. Daily demands are covered by a discounter and small shops, and there are also a few restaurants. The "center" is around the Hasselwerder village with the above mentioned church, with a bank, the sports club, a small boarding house, a Greek and a German restaurant. Sport clubs, shooting clubs and horse-riding clubs offer organized activities, there is a popular farmer's garden (the "Rosengarden" which is not deducted from the word "roses" but from the German word for horses. And apart from that the nature is simply adorable, especially during spring, summer and autumn. A well-known traditional festival is the "Neuenfelder Markt bi de Kark" held every first Saturday of September and being organized by many clubs from Neuenfelde, Cranz and Francop. There is a huge flee market, historical exhibitions, stage performances of traditional dances and food. The food is organized by the fire brigade (taking care of the barbecue), the Turkish community (providing the Döners) and the Landfrauenverein (offering coffee and cake). 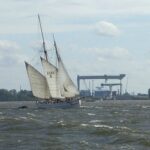 Commuting to Hamburg city center is either by car, with which you will need to get through the thick traffic in front of the Elbtunnel, or by bus to the S-Bahn station Neugraben. Commuting time to the Hamburg city center exceeds an hour, depending on how far you have to walk to the next bus station it will be more close to 75 minutes.

It is a family-friendly district and its popularity shows with a percentage of 26% of all households. However, distances are considerable. There are app. 1.000 children, and there are only 4 kindergardens and one primary school. Hence, families definitely need a car here. There is a bigger and well integrated Turkish community mainly living in the Liebenkummer settlement and being the reason for a relatively high percentage of residents with a migration background. Unemployment is on average and this is caused by the harbor industry being one of the main employers and once in a while suffering from the world's business downturn. The other big employer "is" the fruit business. Income is slightly above average, real estate prices are affordable, and criminality is next to not existing.

Just like Francop Neuenfelde is subject to city development plans for a new motorway. Further, the noise originating from the Airbus manufacturing site is rather annoying and the plans for an extension of the runway threaten the idyllic village center of Hasselwerder. 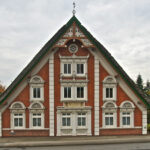 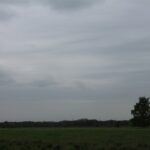 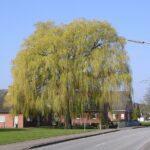 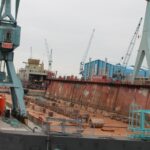