Sinstorf is the most Southern district of Hamburg and has a quiet and rural village character and is very popular with families. An above average percentage of families live in mostly single or two family houses around the village center or in one of the newer settlements.

Sinstorf has a beautiful church built from field stones in the 9. Century and a popular wedding church. A few smaller restaurants and snack bars and a few loosely spread shops offer a limited assortment of goods. Residents spent their free time in their gardens or taking part in one of the many activities organized by the sports club, including a sails club. Numerous walkways and cycling paths invite to relax in the green neighborhood. Two small, undisturbing, industrial areas accommodate a few hardware stores.

In the very West the so-called beetle settlement is an area with history. It was declared residential area after the second world war. Residents had to contribute a lot with their own hands to develop the area and a strong community alive until today is the result. Nowadays, some of the big floors have been divided and the third generations starts renovating and newbuilding. All roads have beetle names.

Another smaller settlement is around Hermannsburger Weg in the North of the district, overlapping to Langenbek. The small terassed houses come in sets of 4-5 and as they are not built in line but in loose order along small streets it creates a nice atmosphere.

The remaining residential area is characterized by individual and diversified architecture. In the middle of the suburb there is a huge well-kept allotment gardens.

Just like all other Southern suburbs commuting to Hamburg city center takes around 45-50 minutes, by car or public transport. Public transport however requires some careful planning as there are onlytwo buses connecting to Harburg and not going frequently in the evening hours. 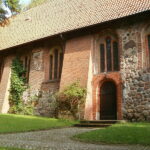 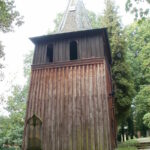 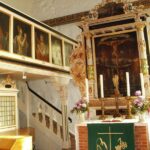