Winterhude is a very pretty and popular area, especially the South around Mühlenkamp. This part is very chic and most popular with young families, though a little posh and you sometimes get the feeling that buggies and children are walked simply to show them off.. In this respect, it is very similar to the slightly more exclusive Eppendorf.

It offers the biggest park in Hamburg, the Stadtpark, with the Planetarium where you can enjoy fascinating events and films. Its streets are small and have big trees and many channels run through the quarter. If you are lucky to get an apartment alongside a channel in some cases you have direct access to the water and can buy or share a canoe. 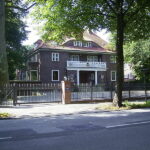 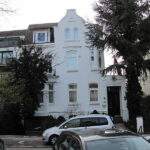 Buildings south of Stadtpark are mostly red-brick, and around Mühlenkamp, Art Nouveau style from the early decades of the 1900’s dominates. Its atmosphere is very sympathetic because of the many backyards where family life takes place. It is also a district where people know each other and gossip at the open air market or at any of the manifold small bakeries, cafes, butchers, florists, etc. Because of its popularity, rental as well as sale prices are above average. If you want a house, which is basically impossible because only 2,6 of the buildings are townhouse,s you have to pay a fortune which means double the price of the Hamburg average. Flats are a bit less exclusive than on the Western side of the Alster but still really pricey. Principally, one can say that the nearer to water a building is, the more expensive it will be. There have been some new building projects in the recent past offering urban design flats. 11% of the households have children and because of the dense population (6.500 people share a km²) there are 39 (!) kindergartens, 6 primary schools and three secondary schools. It is a family-friendly area. The criminality rate is 9,1% (meaning 9 out of 100 residents suffered from a delict – mostly burglary) and that is 4% less than the average. Just like Barmbek, the population is well mixed and some 21% have a multi-national background. People living here are wealthy and earn some 45.000 EUR a year on average and suffer less from unemployment (just 4%). 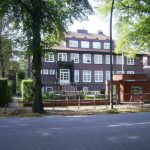 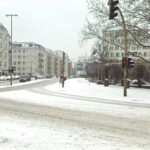 Winterhude invites people from all over Hamburg into its various good restaurants and bars. Its cultural offers are top-notch (check out the program of "Kampnagel" on Jarrestrasse and the "Winterhuder Fährhaus"). The best way to spent your leisure time is to either rent (or own) a canoe and coast the numerous channels or have a picnic or barbeque in the Stadtpark. The most beautiful shopping street is Mühlenkamp which also offers nice and cozy coffee bars and small restaurants. If you get a flat here, you will be a happy person! 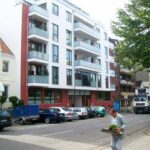 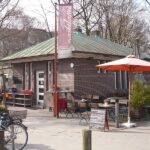 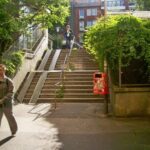 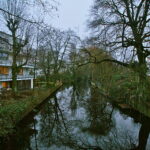 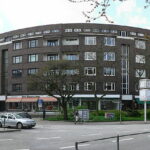 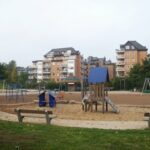 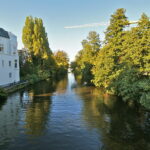 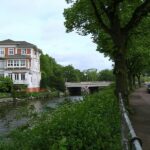 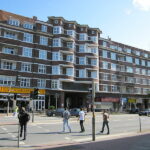 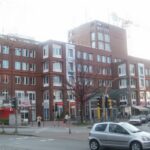