One of the most elegant districts in Berlin, Charlottenburg is a posh neighborhood that exudes old-world glamor. Established in 1705 and named after the Queen of Prussia, its royal pedigree - and stunning palace - made it a favorite residential area for the wealthy. Today its charming, French-influenced architecture, stylish restaurants and cafes, beautiful shopping streets, famous theaters and museums, and lovely parks attract old and new Berliners alike, from celebrities, artists, and politicians to upper-middle class families, couples, and singles.

Vibrant but peaceful, Charlottenburg is full of refurbished pre-war buildings with high ceilings and parquet floors. On the side streets off the Ku-damm, as well as in the southwest near Stuttgarterplatz and Adenauerplatz, is a blend of magnificent art nouveau buildings and modern (often less picturesque) post-war architecture. The Strasse des 17. Juni is a major boulevard that divides the district into north and south. North of 17. Juni is Klausenerplatzkiez (also referred to as Dankelmannkiez), a pretty, traffic-calmed neighborhood with well-preserved buildings and below-average rents. In the southwest, the tree-lined streets, lake, and park in the Witzleben district make it an especially desirable place to live. The area around Kantstrasse is known as the Chinatown of western Berlin, thanks to a high concentration of Asian shops, restaurants, and residents.

Spandauer Damm/Otto-Suhr-Allee, Bismarkstrasse, and Kaiser-Friedrich-Strasse are major thoroughfares that tend to be noisy. Other less sought-after areas include the Kalowswerder district around Mierendorffplatz, and northeast Charlottenburg near Helmholz and Franklin Streets, which are characterized by simple residential buildings, car dealerships, and industrial facilities.

Besides its namesake palace - which features an impressive museum and gorgeous public gardens - Charlottenburg is home to attractions like the Kaiser Wilhelm Memorial Church, the iconic Kurfürstdendamm “Ku-damm” shopping street (a.k.a. the Champs-Élysées of Berlin), legendary performance venues like the Deutsche Oper, the Schillertheater, and the Theater des Westens, scenic green areas like Lietzenseepark and Grunewald, and plentiful street markets and fresh produce stands.

Along with fashionable restaurants like Lubitsch and Paris Bar, Charlottenburg boasts five of Berlin’s 20 Michelin-starred restaurants, including Les Solistes, Markus Semmler, and Hugos. Classic cafes like Literaturhaus and Der Kuchenladen are popular afternoon tea spots. Four subway lines and two S-Bahn lines run through the neighborhood, making it easy to connect to the rest of the city via public transport. Potsdamer Platz and the Central Railway Station (Hauptbahnhof) are 30-minutes away by train. Local, regional, and international trains stop at Bahnhof Zoo, the main railway station. 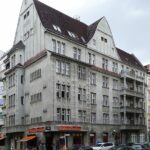 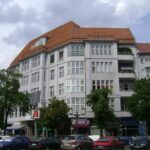 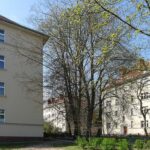 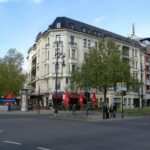 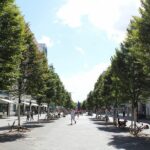 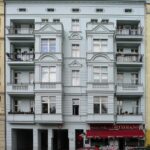 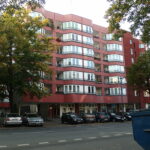 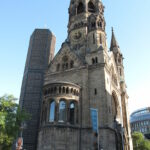 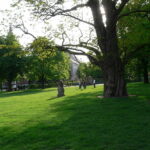 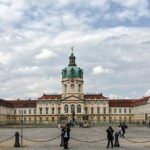 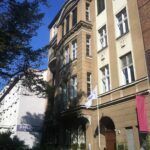 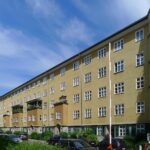