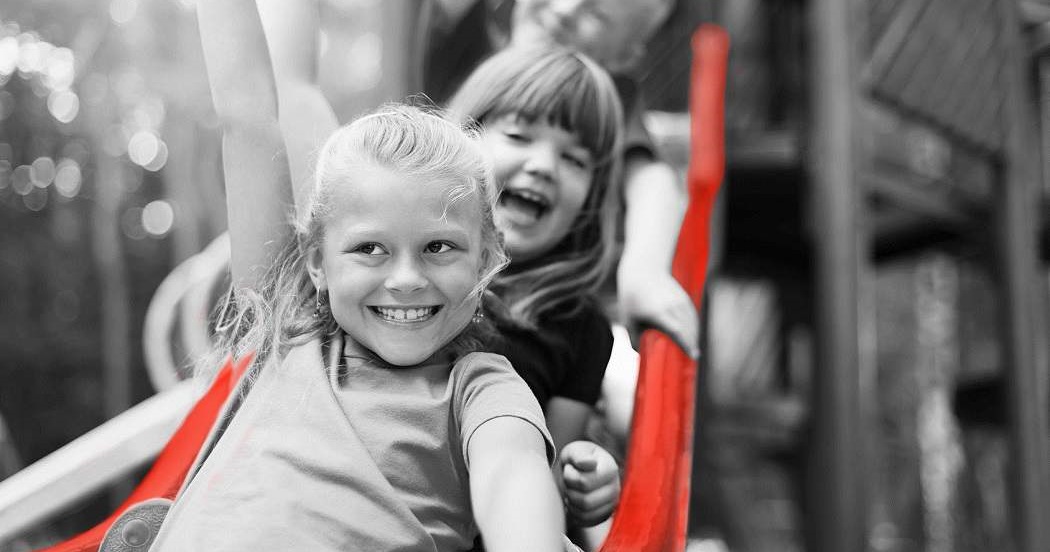 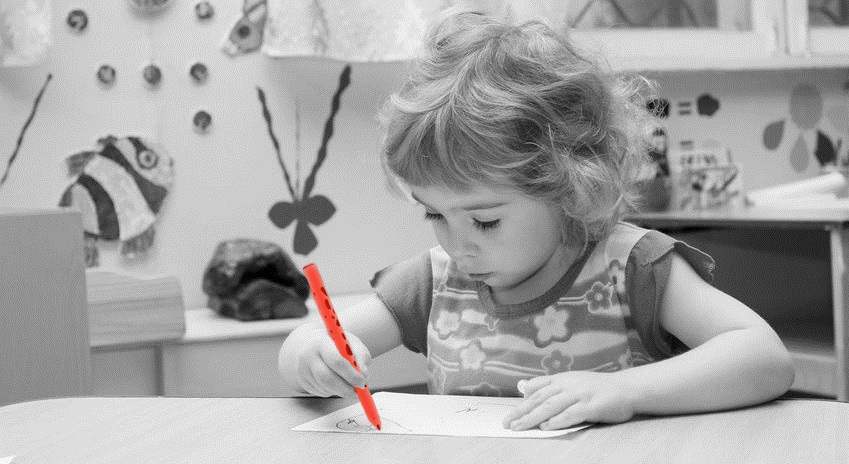 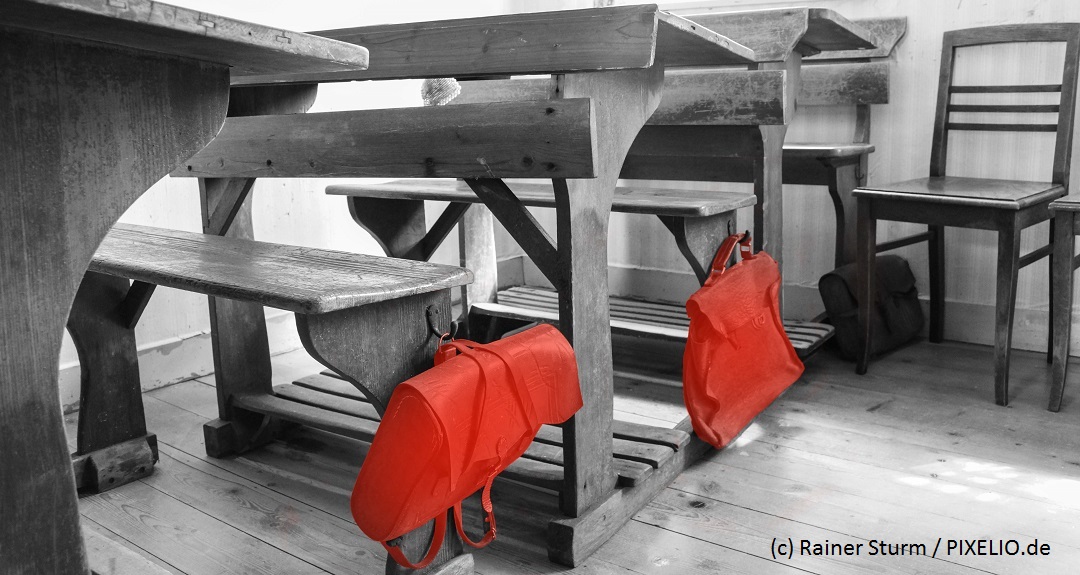 This little guide will help you understand which school options there are in Munich for your children, how the school system works with regard to the three major alternative types of school after primary school and what the city of Munich offers for German language training for children.

Primary school is the first general school for all children in school-age spanning the class levels 1 – 4.

Children start visiting a primary school at the age of 6. Since 2010 the rules in Bavaria require that all children who turn six years old before 30th September are required to attend school. This means that children turning 6 in October, November, and December are not enrolled in school.
A child is considered ready for school when it is physically, mentally and spiritually and socially developed insofar that it can participate successfully in class. Parents who believe their child is ready for school but was born in October, November or December, do have the opportunity to talk to the school’s headmaster and present their child. Depending on the individual development of the child it can be accepted early or be deferred. The final decision on acceptance into the school is made by the school management, relying on the statements of the kindergarten and the review of school readiness by an experienced teacher. If in doubt, school doctors, psychologists, guidance counselors and other advisory services can be involved. Very often the parents’ wish is followed.

Parents do neither have the right to choose the school freely unless they decide for a private school. The child is assigned based on its resident address. Sometimes, there are two schools of which the parents can choose. There is but one evaluation of schools available which relies on the German orthography in grade two. The 10% of schools with the best results throughout Bavaria are published by the Bavarian State on their website.

2015 5 primary schools in Munich made it onto that list:

One can see that the schools are ever changing and we recommend not to be influenced too much. When looking at these results it shall not be forgotten, that flawless orthography is not the only criteria for a good school. Much more important is, that your child enjoys learning. Thus, when talking to the headmaster during your admission meeting, listen to your gut feeling.

Performance assessments in elementary school are firstly the proof of an achieved level of competence of the children but are also the basis for advising the parents about the individual learning path of the child. Oral and practical performance measurement is continuously undertaken by the teachers at appropriate intervals according to the nature of the subject. Feedback can be sought any time in case of individual demand, but predominantly it is given twice a year.

In grade 1 and in the first half of year 2 the results are provided with a verbal remark, which reflects the level of performance achieved throughout the semester. Marks (1 = very good, 6 = very bad) will only be issued towards the end of the second school year. All results will mention an evaluation of social behavior, as well as the learning and working behavior.

At the end of primary school (fourth grade), pupils enter the secondary school. On the basis of the school achievements in the fourth grade the school issues the results, the so-called „Übertrittszeugnis“, a school certificate documenting the average school grade of the main subjects.

More information in English language is available on the website of the Bavarian Ministry for Education and Culture, Science and Art.

Your child’s teacher(s) will recommend which school type would be appropriate for your child in its current stage of life. Primarily, this is based on your child’s average results of the 4th grade for the subjects German, mathematics and home and social studies. The most popular school type is the Gymnasium which leads to Abitur, which is the door-opener for basically any university study.

Grade 4 is thus the important year in primary school. In case the average mentioned above is not achieved, an additional indicator can be the successful completing of a trial lesson at the Gymnasium.

Transition between types of school after grade 5 & 6

A child is permitted to switch to another type of school if his/her academic achievement in German and mathematics develops accordingly.

Another transition is possible after grade 6. The following marks in German an mathematics need to be achieved:

In case the average mark is not achieved an individual assessment is possible. More (German only).

A transition is, however, rather challenging. For many pupils who want to reach the next diploma level, it is easier the go on with further education after the end of that school type and maybe also after a vocational training. Then, for example, the Technical college / „Fachoberschule“ and the upper vocational school / „Berufsoberschule“ offer the chance  - under specific conditions - to gain the entrance qualification for higher technical education, i.e., university entrance in specialized subjects or even the general qualification for university entrance.

In addition, there are further schooling options:

Some of these institutions are state-approved, other state-allowed. This may have an influence on the acknowledgment and acceptance of the school leaving certificate.

Some „Realschulen“ and „Gymnasien“ offer bilingual lessons as an additional proposition for interested pupils. Starting with grade 6 the children study a subsidiary subject in German and a foreign language.

Pupils coming from abroad get support by the school to learn German. There is a wide variety of assistance depending on the possibilities of the particular school, on the children´s needs and on the number of pupils who need the support. Some schools offer individual private lessons; other schools have integration classes („Intergrationsklassen“ or „Übergangsklassen“) for the foreign pupils. The challenge is the very different previous knowledge of the children and their general educational preconditions.

These courses are for children in kindergarten age and take place before enrollment in primary school. Your child will be assessed in a non-pressurizing way (the questionnaire is called SISMIK) by her or his kindergarten teacher. The training starts with age 4,5 and comprises 240 hours of German lessons until the child turns 6. Participating is not obligatory, however, the German language capabilities at age 6 may lead to rejection to primary school and in such case the training becomes obligatory.

These classes consist in addition to the regular class. I.e., your child will be part of class 2b with approximately 25 children with subjects taught in German only. For some hours a week, your child will participate in the German language training classes of maximum 12 children. During these hours the subjects are also taught in German, but with a specific focus on language competencies. Maximum duration is two years, and children are assigned to and taken out successively in accordance with the progress with the German language. The German language training classes are offered from grade 1 to 7 (5-7 in Mittelschule only). They are not available at every school, but only where the demand is existing based on the percentage of children with migration background.

German language training courses can comprise 1 to 4 hours per week in addition to the regular subjects. If further hours are recommended, the children will be freed from other subjects. The learning results for this course are evaluated and are also recorded in the half-yearly results as “German as second language”. The number of available hours per school is decided by the Bavarian School Authority (Schulamt).

These classes are offered for children coming to Germany aged 10 and older, i.e., grade 5 to 9. The objective is to enable these children a language competency as required for grade 9. The language is thought following the education schedule “German as second language” and is evaluated after each summary. It is also recorded in the results. Your child will be assigned to an integration class. Your resident address will be considered, however, significant commuting can be necessary. The duration is limited to two years whereafter your child will be enrolled in the school responsible for your resident address, where it will receive further German training in case of necessity. The classes comprise between 12 and 20 children. Depending on the demand, two subsequent grades can be combined (i.e., grade 3 and 4). The requirements for a transition to a Gymnasium are softer for a foreign child with German as the second language: minimum average mark should be 3,33 (instead of the regular 2,33).

More details (in German language only).

SPRINT (= SPRachförderung INTensiv) is another important offer of Bavarian secondary schools to enable nonGerman-speaking pupils to finalize Realschule. In parallel to an intensive German language training, they will be integrated into the regular procedures on grade 6 respectively 7.

International and bilingual schools and Kindergartens

The challange of the "Schultueten" choice

As a Family in Germany

We would be happy to help you with everything!