VILLAGE-STYLE LIVING ON THE EDGE OF THE CITY

Known for its fascinating architecture, plentiful green spaces, and storied past, Berlin district Karlshorst is a peaceful residential district dating back to 1895. During the Cold War, Karlshorst was home to numerous embassies and diplomats. Nowadays it’s an especially desirable place to live, thanks to the high quality of life, below-average housing prices, and easy access to the city center. Residents are mostly middle-class, own rather than rent their homes, and range from retirees to students to an increasing number of young families. The architecture is a combination of stately villas, historic apartment buildings, and modern single-family homes. 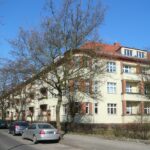 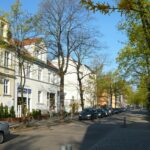 The S-Bahn divides the district into north and south. Treskowallee and Waldowallee, the busy main boulevards, separate the eastern and western areas. The streets north of the S-Bahn (particularly west of Treskowallee) feature period architecture and single-family homes. Prinzenviertel is a picturesque neighborhood in the southwest, with tree-lined, cobblestoned streets and century-old villas. The Waldsiedlung, a “garden city” designed by famed architect Peter Behrens in the 1920s, has multi-family homes with gardens and stables.

Most new construction is happening in the southern and eastern parts of the district, where developers are transforming dilapidated Soviet-era buildings into modern row houses and single-family homes. In the center near the S-Bahn station is the shopping district, with several supermarkets (including an organic one), banks, pharmacies, drug stores, and charming cafes like Pauline’s and Dampf und Zucker. Wernesgrüner B is a traditional pub/restaurant on Treskowallee where locals go for beer and German-style comfort food.
Besides the German-Russian Museum and the Trabrennbahn horse racetrack, Karlshorst boasts a theater, a music school, and a cultural center hosting art exhibitions, classical and jazz concerts, children’s programs, and more. It’s a 20 to 30-minute journey to the city center (Alexanderplatz) from Karlshorst station on the S-Bahn -- and just a 10-minute ride to the bars, restaurants, and nightlife near Ostkreuz. 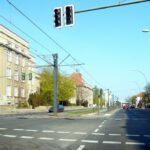 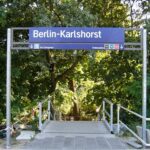 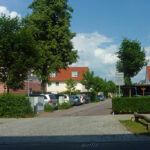 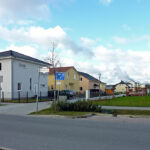 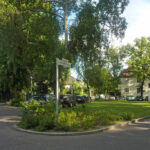 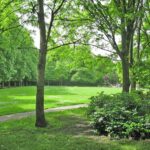 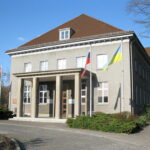 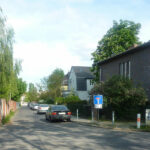 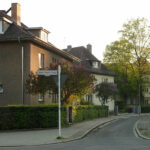