In early 2017, an official of the Frankfurt city planning office stated that Frankfurt Nordend was the most popular of all Frankfurt districts. Nordend apartments, he stated, went like hotcakes – to natives and expatriates alike.

Frankfurt Nordend is one of the four city districts that make up the Frankfurt downtown; Nordend alone is populated by 51,000 denizens. They bought and rented some of the most expensive real estate in town: it’s worth around EUR 7000/qm to buyers, around EUR 16/qm for tenants. Curiously, real estate is sold at cheaper rates at the quarter Nordend-West, while it’s the other way around at the quarter Nordend-Ost, the cheaper of the two places for people who just want to rent. 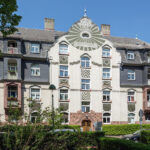 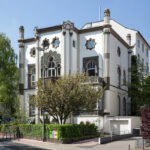 So, what makes the Nordend so popular? For one, the sights: This district features some of the most beautiful architecture in town, many of the buildings and boulevards reaching back to the Wilhelminian time. If Frankfurt had won the tight race against Bonn for becoming Western Germany’s capital after the second world war, the German government would have moved into some of these buildings. There also are various lush parks; one of them, the Bethmannpark, features the Garden of Heavenly Peace, one of Germany’s very few Chinese gardens.

It is said that there is no greater place to live in Frankfurt for a 30-something. The majority of the population is made of wealthy academics, creative thinkers, and young families with children. The latter are greeted by an impressive number of day nurseries and kindergartens, although, it should be said, there are still not enough spots to fit all children; this insufficiency is a national problem and a current hot topic in politics.

The Nordend denizens, anyway, were drawn in by the numerous cafés and bar, the restaurants, and the boutiques. It would be quite possible to spend your life at the Nordend and never leave. However, a curious expatriate who wants to brave the city will find themselves surrounded by any public transport option imaginable, as well as multiple main roads. The banking district, the city center, the central train station are all just a stone’s throw away. Parking is particularly bad, though, even for denizens. The people happiest in Nordend are the ones who don’t care about having a car.

For the same reason, expatriates with children would have some great choices for their children’s education only one district over. Some of the schools available to English speakers in the area are the International Bilingual Montessori School, the Goethe-Gymnasium, and the International School Frankfurt-Rhein-Main, one of the few German schools that enable you to get American and British high school degrees. 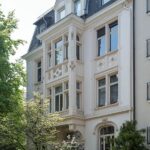 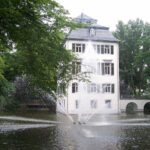 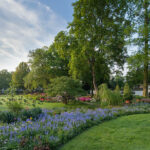 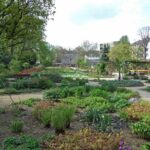 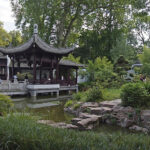 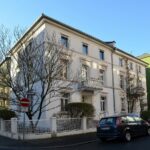 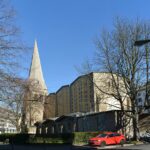