More and more expats are moving over to Germany, intending to finance their lifes with a freelance job. If you are considering the same, there are specific requirements to adhere to when it comes to the appropriate health insurance for freelancers in Germany.

Basically, should you come from outside of the EU you will not be able to obtain your Residency Title without proof of sufficient health insurance. However, those of you who come here as Freelancers and Self-Employed people from the EU, who don’t need a Residency Title, more often than not fall into the category of non-insurance. Not because you didn’t want to, no.....just because many of you are under the impression that the EHIC card (European Health Insurance Card) covers you fully abroad. Unfortunately, it doesn’t. It only provides emergency coverage and that for only a period of about 3 months. Even though you may have an EHIC card, it still means that you need to comply to the law in Germany (VVG §193(3)) – that means you have to insure yourself for the case of sickness.

Once you arrive in Germany, you have a 30 day grace period, which starts from the day you register at your address in Germany (VVG §193(3)) to contract a sufficient healthcare insurance. Whilst for an employee the employer will make sure you have contracted an insurance, since he otherwise cannot pay any salary, as a freelancer, this is entirely your own responsibility. If you are married to someone covered by public insurance you will usually fall under the "family insurance" unless you earn more than 450 EUR by yourself. But if you start earning more than that relatively small amount, again, you yourself are responsible to seek your own coverage. And this is where many many cases of people who, because they didn’t know or that they just “haven’t gotten around to it yet” still don’t have health insurance in this country. 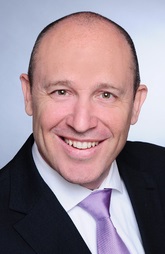 Glyn
Insurances
Glyn, who is originally from the UK, is an independent insurance broker and has lived in Germany for nearly 20 years. He specializes in all areas of German insurance, especially Read More

Glyn, who is originally from the UK, is an independent insurance broker and has lived in Germany for nearly 20 years. He specializes in all areas of German insurance, especially healthcare, private liability insurance and also pension planning and company pension information.

Another thing that understandably puts freelancers off getting themselves a proper sufficient health insurance here in Germany, are the so called “back charges” which apply if you happen to detect that you should have contracted healthcare insurance long time ago.

The calculation of back charges is legally defined – let us explain by way of a common example:

Let’s take a normal 35 year old male or female, who has lived in Germany without health insurance for 18 Months, and for some reason he/she now needs to get him/herself health insurance. Now this might be because he/she has gotten himself an employed job and has HAD to get insurance, or that he/she has heard about the back charges, and decided to do the right thing and comply with the law.

Let us just say that, we talk about a freelancer and that the insurance (let us take private insurance as our example) costs €350per month. So, once the application has been sent in, the insurance company will want to know, when he arrived and first registered in Germany, and they confirm that the applicant has lived here for 18 months. The back charges will be calculated thus:

Whereas, common polices work with fixed steps of monthly premiums (ie. 0 EUR up to an average monthly income of roughly 450 EUR conditional to an existing family insurance, 150 EUR for an average income between 450 - 900 EUR, 250 EUR for the next 500 EUR etc. (amounts are insurer dependent), some insurers also offer varying premiums being based on your exact monthly income. Especially, in case your monthly income hugely varies, such option should be inquired.

Since a big regulation change, which took place in Jan 2009 (before Jan 2009, if you had health insurance and fell into arrears with your monthly premium, the insurance companies had the right to just cancel your insurance for non-payment. Ever since Jan 2009, that can’t happen anymore. If you fall behind on your monthly premiums, the insurance companies can no longer cancel your contract. You remain insured (albeit for emergencies only)) according to the German statistical office, there are still well over 144.000 people in Germany roaming around without health insurance...native German or otherwise.

Get a free quote for Freelance Insurance Coverage

You feel yourself in a similar situation and need advise and comparison of policies whic would suit your income situation? Glyn Brookman will be happy to support you!

Typical German customs during the Christmas season Roughly 47 million people in Germany are registered members of a Christian church, close to 56% of the population. 5 million are Muslims by religion, and all other faiths make up for less than 1% of the population. So, one can say without hesitation that 95% of the […]

Photo: Moving Day Boxes (c) Nicolas huk CC-by-2.0 Temporary leases or exclusion of the termination right can be a very inconvenient stipulation in German lease agreements when you are assigned a new job by your employer. Unfortunately, we see this practice very often now as a reaction to last year’s change in law about the […]

Generally, when moving to Germany, several aspects must be considered to facilitate a relatively smooth transition into your new life and avoid nerve-wracking, bad surprises. The Red Relocators offer their advice.Here’s a short checklist of the most relevant topics to consider when planning a move to Germany: Work permit for Germany Common types of Work […]

Sending a child to a regular public school is always a challenge – often more so for the parents than for the child. In the aftermath, parents are mostly amazed at how quickly their child adopted to both the different life circumstances and the new language. They made friends faster than the adults did – […]