Leave the subway at the station Bockenheimer Warte, and you will step into a typical day on college campus. Frankfurt Bockenheim is crowded by students sitting in the sun in front of the university library, working on laptops. There will be groups of young men and women waiting at the bus stops, or returning from class, speaking any language under the moon.

But you can leave that part of Bockenheim behind quickly. You might find yourself in front of the Bockenheimer Depot – home to the Städtische Bühnen, die biggest communal theater not just in Frankfurt, but in all of Germany. Or you might stumble into the middle of the weekly nearby food fair that offers, among other things, some truly delicious cakes. Or you take another direction altogether, and will suddenly be walking through one precious pocket park after the other. You will reach a quarter of mansions with rather luxurious spaces close to American property proportions. You will walk past an astonishing number of embassies.

With its population of 40,000, never mind the waves of university students coming in every day, Bockenheim is by far the most densely populated district of Frankfurt. Expatriates who enjoy an environment of vaste diversity would probably enjoy Bockenheim, no matter their age or interests. An area with bars and shops catering to students will abruptly calm down and transform itself into an urban area, or a commercial terrain running along major streets and subway stations. Bockenheim includes the Leipziger Straße, a popular shopping street, but also the Senckenberg Museum, a historical museum where you will be greeted by the sight of a real, complete T-Rex skeleton. (Technically, the museum belongs to the Westend, but try telling a native!) Located literally at the city midpoint, it borders on seven other districts, among them the most glamorous (Westend) and the least (Gallus).

Bockenheim has beautiful connections to public transport – direct subway connections to the city center, the Frankfurt Fair, and the central railway station (all reached within minutes), various bus lines, the tramway. It also connects to two autobahns. It is home to the oldest bilingual school in the city, the International Bilingual Montessori school, which caters to all ages up to high school. The Frankfurt International School is another option for expatriates looking for primary schools. Schools catering to Japanese, French, Chinese or Spanish native speakers can be found in the neighboring districts. As for sport, Bockenheim offers a popular public swimming facility, the Rebstock-Bad. There are various sports clubs in the district, though none of the big-name soccer or hockey clubs is located here.

Studio apartments, mansions, subletting – Bockenheim has something for everybody. Real estate prices can be accordingly diverse. The average tenant will pay EUR 15.13/qm, which is somewhat higher than the city average. Things get a little more expensive if you want to buy; EUR 6.226/qm are the average then. 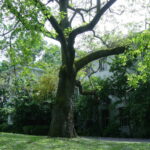 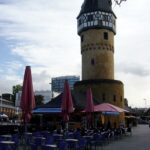 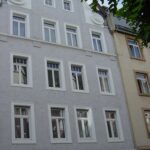 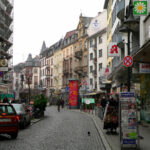 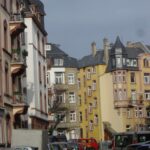 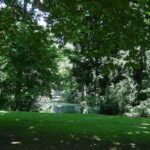 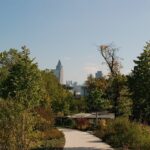