Frankfurt-Ostend is a wild but charming patchwork of architectural styles and unexpected highlights.

Frankfurt-Ostend, that means: grey post-war building blocks, the harbor and its commercial areas. However, it also means: well-preserved, classy old houses, partying at the Schwedlersee pond, the European Central bank, and, most importantly: the zoo. The Frankfurt zoo is the second oldest in Germany, founded in the 1860’s; you will find 450 different species there.

Historically, Ostend had two important influences: Of all the districts close to the city, Ostend used to be the only one home to a considerable amount of working class denizens. Those had originally been attracted by the nearby harbor Osthafen and the economically significant superstore Großmarkthalle – the latter was closed in 2010. But Ostend also used to be the preferred living quarters of Frankfurt’s considerable Jewish community. After the second world war, major parts of the district had been devastated by bombs, most of the population deported. Since then, however, the district has recovered. A number of new, modern apartment buildings have been added to it through recent years. However, this history served to keep Ostend’s real estate rates quite low. It has only been during the recent mark-up that renting started averaging EUR 16/qm, while buyers had to invest around EUR 6000/qm. Still, among the inner Frankfurt districts, Ostend should still be your best chance if you’re hoping to make a bargain.

Right through Ostend runs the Hanauer Landstraße, one of the city’s main roads. It is also one of the most glamorous areas in the district – night clubs, fancy furniture and fashion stores. It’s the small spots between the loud Landstraße and the areas close to the outer limits where you’ll find the quietest living quarters. Here you will encounter great international grocery stores und a wonderfully multicultural neighborhood. For expatriates with children, the cultural variety might make up for the lack of bilingual education facilities in Ostend. Everything is close together in Frankfurt though; your child could attend a school in another district easily.

The traffic hub Ostendstraße is one of the most well-connected outside of the Frankfurt city center. It’s connected to all lines of the S-Bahn except for the S7, as well as two subway and three tramway lines. Additionally, the railway station Ostbahnhof provides long-distance connections to Hanau and Würzburg. Due to the uneven shape of Frankfurt, Ostend is both close to the core of the city – bordering on Bornheim, a small medieval district located right next to the downtown – and to Offenbach, one of the neighboring towns.

Other highlights of the district include the old city library originally built in 1825, during the lifetime of Frankfurt’s and Germany’s most famous poet, Johann Wolfgang Goethe; the music academy Dr. Hoch’s Conservatory; the Frankfurt School of Finance & Management; and some romantic walkways along the river Main past low-hanging trees. 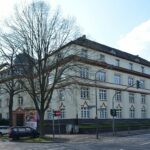 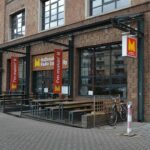 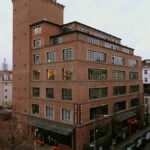 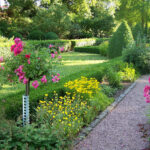 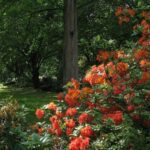 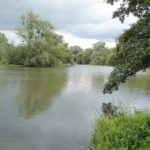 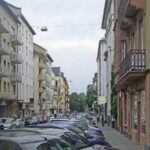 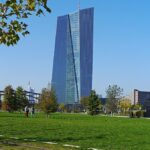 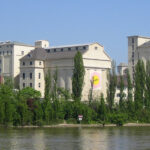