Nowadays, Frankfurt Westend is one of the two most prestigious and glamorous urban areas of the city, demonstrating the power of human spirit.

It is presently a home to both beautiful historical buildings from the Wilhelminian times as well as to a part of “Mainhatten”– Frankfurt’s banking district with its bright, modern skyscrapers. Bordering on the downtown and the “Bahnhofsviertel,” the district surrounding the main railway station, it is also one of Frankfurt’s most central districts. 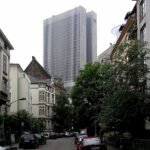 Forty years ago, Frankfurt Westend still served as a horrific symbol of city destruction and ruthless financial speculations; some of Germany’s biggest protests and even street battles were fought there in attempts to save the historical cityscape from demolition. So it came along a long way!

Westend is divided into two quarters, the Southern Westend-Süd and the Northern Westend-Nord. In the South, where the banks and insurance companies have built their high-risers, you will find rows upon rows of dense office spaces. The Messeturm, located on the grounds of the Frankfurt fair, reaches 257 meters and was the largest building in Europe through a better part of the nineties – it’s one of Frankfurt’s most important landmarks. People don’t live in this area; they just work there.

Though as soon as you leave that labyrinth, you will be standing in front of the Alte Oper, the “old opera” that is an opera only in name now. Built in the 1880’s in a neo renaissance style, it serves as a stage for travelling musicals, concerts and other special music events. (the actual city opera moved into a new building at the Willy-Brandt-Platz) Standing on its beautiful plaza, you will find yourself surrounded by a cityscape that could be taken right from the late 19th century. The apartments in these buildings are some of the priciest in all of Frankfurt, averaging EUR 18/qm for rent. Real estate pricing for buyers is at EUR 7.7000/qm on average. This is also where you can dine in the finest gourmet restaurants or stroll down broad boulevards built with Paris in mind, exclusive fashion boutiques lined up on either side.

Up North, everything is just a little cheaper. This is where the Westend proves that it really mostly is an urban area, and that statistics show for a reason that every ninth district denizen is ten years old or younger. More so, it has the highest comfort level among urban city areas according to surveys. A look at Google Earth also shows that it features the largest green space in town, the Grüneburgpark.

If you are looking to spend an evening out celebrating, you will have to go to the downtown area – but it’s not like that’s more than a stone’s throw away. On the other hand, there are a large amount of schools – including a bilingual high school, the Goethe-Gymnasium – and various religious communities. Westend features one the only one among the four large Frankfurt temples that survived the Holocaust – the Westend-Synagoge in the Altkönigstraße. Its design is a beautiful mix of Assyrian style and Jugendstil. 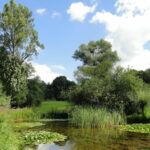 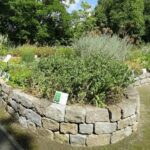 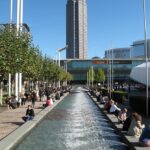 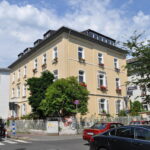 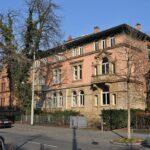 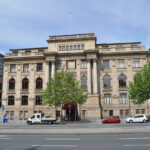 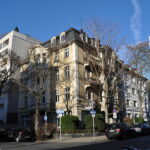 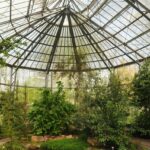 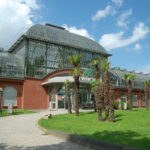 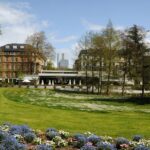