As Stellingen has been hit heavily in the Second World War (38% of the ground was destroyed) the architecture is dominated by multi-storey red-brick apartment blocks mainly and single- and two-family houses with gardens from the 1960'ties.

The most southern area has formerly been developed as "garden city" but nearly 40% has been destroyed in the Second World War. Then the area was used to construct small houses for people without shelter. Nowadays it is single and two-family houses along the very quiet roads with gardens. The close neighborhood to Eimsbüttel is another plus. When you consider a house here, you should also go through the broader area so that you can judge if the near industry bothers you. 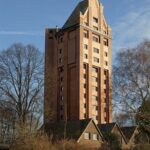 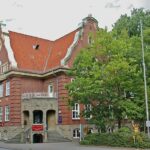 The area east of the Kieler Straße is a fine area to live. It is close to the famous zoo of Hamburg and has quiet and green roads and in the north-eastern corner one can find the so-called Stellinger Schweiz with meadows and woods which you can explore by foot or bicycle. Although most of the buildings are single and family-houses, there are also a few apartment blocks built around 1950/60 that offer affordable living space in a good neighborhood. 1907 Hamburg's famous zoo was opened by Karl Hagenbeck. Just recently it has been enriched by a Troparium and an Aquazoo. The Volkspark as well as the Niendorfer Gehege are big parks and represent the green lungs of this district and are easy to reach in the neighborhood district Niendorf.

North of the motorway it is not really preferable. First, there is a lot of industry. Second, there is a settlement of multi-storey houses just inbetween the motorway and the industrial area. Also the middle, west of Kieler Straße, is not an area one would prefer to live if another space is available as it is likewise a mixed area of industry and apartment blocks and multi-storey buildings. 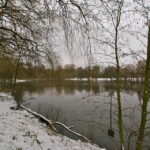 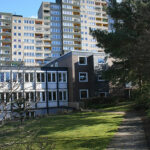 Stellingen does not have a real center with pedestrian areas and boutiques around a central market place. Instead, the highly congestive Kieler Straße between Langenfelder Damm and the Langenfelder Damm itself offer the facilities to cover daily demands. However, the area does not really invite to an afternoon's out with frenzy shopping. The suburb is well connected to the city center by the Kieler Straße as well as the 2 train lines with 4 stations.

The residents are a little bit older than in other Hamburg districts, but other than that the residents' structure is nothing specific. There are considerable less children (only 12,8% in comparison to the 15,6% average value). The same is reflected in the number of households with children which is also about 3,5% less than Hamburg average. Still, there are 18 kindergartens, 3 primary and 2 secondary schools. With 27.000 EUR average yearly income the residents are also a little less wealthy, however not significantly. The living prices are affordable but nearer to the zoo real estate becomes more expensive. Especially in those areas dominated by the multi-storey houses one cannot expect a rich cultural or gastronomical surrounding. 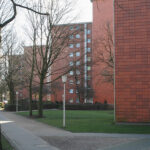