This district in the southwest of Hamburg has two faces: While in Alt-Hausbruch terraced houses and even some villas and farmhouses characterize the neighborhood, the settlement Neuwiedenthal consists almost exclusively of apartment blocks or high-rise buildings.

About 11,000 people live in this part of Hausbruch, or about three-quarters of the district's population. It is not surprising that here the number of unemployed and welfare recipients, and also of citizens with an immigrant background, exceeds the average Hamburg figure by far. The other part of Alt-Hausbruch, south of Cuxhaven street with the large forest nature park Harburg Hills, is characterized in particular by single-family homes, townhouses and villas. Rents and land prices of the settlement and this part vary significantly: In Neuwiedenthal prices range in the lower region, in Old Hausbruch rents can be significantly higher.

However, a lot of efforts have been made to improve the living circumstances in the settlement Neuwiedenthal: On the one hand there is a district office that receives lively interest, on the other hand a park named " Green Centre " in the midst of the high-rise buildings offers a large recreation area. In addition to that further residential quarters were planned which are based less on the socially difficult schedules of the 1960s but want to create vibrant neighborhoods and "green oases".

Apart from the named settlement, the residential value of the district is good. some citizens seem to have gathered so much already by the end of the 19th century: At the time, many wealthy people from Lower Saxony moved to Hausbruch as the proximity to Hamburg and to nature were attractive characteristics of the district. Hausbruch lies between the Moorburger Landschneise and the Harburg Hills.

The connection to the city is ideal for such a distant district: From Neuwiedenthal train station it takes less than 25 minutes to Hamburg main station. At the same time, Buxtehude and Stade, two smaller mideaval towns South of Hamburg, can be reached with just a few stops away on the regional train.

As to recreation and leasure: There are some sports clubs, a youth center of Forest Youth Hamburg eV, more daycare centers, three primary schools and one comprehensive school. A Gymnasium is located in the neighbor district Neugraben - Fischbeck. 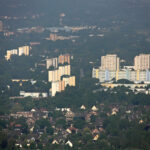 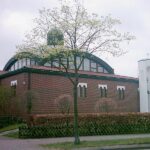 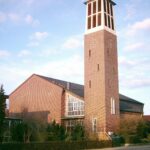 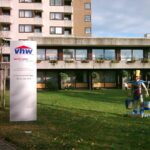