Hohenfelde and Uhlenhorst are on the eastern side of the Aussenalster. Uhlenhorst was populated mostly in the late decades of 18th century. The area was swampy back then and the channels were needed for drainage. Rich Hamburgers back then built their summer houses here to flee the smell and dirt of the city. Often wife and children lived there with huge gardens and the husband lived in the city center having another, smaller, household there, often together with a contor allowing storage of traded goods like coffee, tea or herbs. With Hamburg growing, this "rural" area became more and more urban, but still some of the houses can be identified from back then. It has always been a selected area for people with money and it still is, though, the more to the North one gets, the less expensive and exclusive it is.

The district is not so much preferred by families; only 11% of the households have children. It's mostly singles living here. And they are reasonably wealthy: on average a taxpayer earned 48.000 EUR last year. Uhlenhorst, the upper district, was less destroyed then Hohenfeldeduring the Second World War and thus most of the beautiful townhouses survived, whilst in Hohenfelde there are also a lot of apartment houses from the 50ies and 60ies. Residents benefit from its direct neighborhood to the Alster and the many channels going through the quarter.

More to the South is the district Hohenfelde, which basically has the same history as Uhlenhorst. Hohenfelde, however, has been hit heavily by bombs during the Second World War and thus there is a wild mixture of exclusive Empire and Art Nouveau Style townhouses and villas, modern upmarket design houses, apartment houses for rent from the sixties of the last century and industry buildings. Famous buildings are the Iranian mosque Imam Ali and the Olympic Swimming pool. The row clubs Hamburger and Germania Ruderclub as well as Allemania Ruderclub are most traditional sports clubs and it is difficult to become a member. 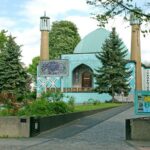 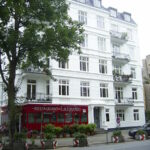 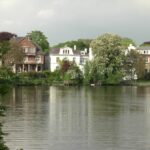 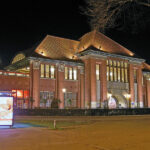 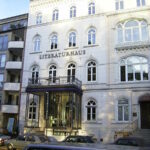