Curslack gained importance after a bridge was built to contemplate the lock and thus enabled easy access to the neighbor district Bergedorf. IT was used to transport wood from the Saxon Forest (Sachsenwald), a huge forest South-East of Hamburg. Another decisive role plaid the fording over the Elbe next to the Zollenspieker (see Neuengamme). Today’s Curslacker Heerweg is the heritage of these ancient times. Curslack is just like the other Four lands dominated by fields. The farmers have over the centuries focused on flowers and garden plants as well as vegetables. Curslack is also the home of the main water supplier of Hamburg and thus, the area has very strict regulations with regards to water protection.

A cultural heritage of the 16th century is the Riek-Haus, which is nowadays a museum. The church St. Johannis is another beautiful heritage and it is clerical exception that two churches do have the same name and are located in some 100 meter distance to each other (the second one is standing in Neuengamme). Curslack has even more historical farm houses to offer than the other three Four lands.

The houses are built on top or alongside the dikes and especially the one securing the land against high waters of the Dove Elbe has gorgeous houses. Living in this place is like making holidays! Residents engage in church, in choirs, in a theatre group or the culture club Landfrauen, practicing historical customs and wearing the historical costumes. Each May, a regional trade fair is held with 20.000 visitors and more and each June, Curslack celebrates the Strawberry Festival. It is a very family-friendly area, around 750 children live here, however, only two kindergarden and one primary school take care of the younger ones. The elder children have to travel to Kirchwerder or Bergedorf by buses. Slightly more pupils than Hamburg average visit a Gymnasium. Real estate is affordable, average price for houses was 1669 EUR in early 2011 and criminality is half of Hamburg average. The average income of a tax payer 35.991 and a good 11% above Hamburg average.

The district does not really offer a broad variety of shops, however, some smaller boutiques and groceries cover the basic demands. More shops are located in Neuengamme, not far away by car. The whole Four lands is not connected to the city center by train but only by buses and they do not go very often. Hence, if you live here, you need a car. With a car the connection is good as the A25 motorway is not far. 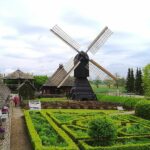 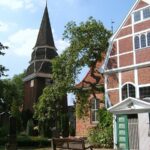 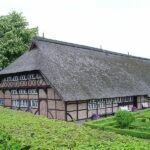 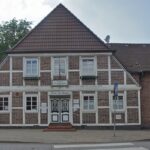 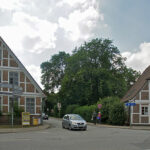 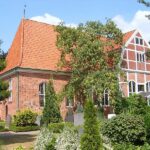 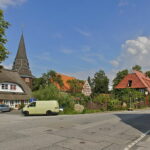 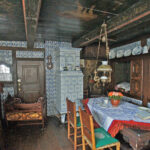 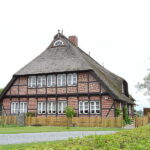 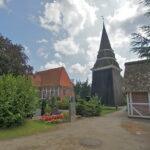 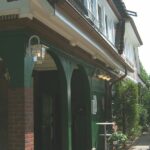 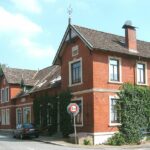